After discussions with the customer it was agreed that the first order of business was to see if the engine ran well before tackling any of the other issues previously identified. After a bit of fettling, the engine started up fairly easily. Then it was off to the dyno. As we don't have our own in-house dyno, we frequently use HB Motorcycles in Dewsbury. Its proprietor, Don Carcas understands 2-stroke well, and has always provided a great service. He uses a DynaPro dyno which we prefer over the ubiquitous Dynojet 200.

The first run had to be aborted as the air-fuel ratio went off-the-chart lean and the engine probably would have seized otherwise. Quite obviously, the main jets were woefully undersized. Apparently, the Ebay add claimed that the engine was "a sweet runner". Hmmm... 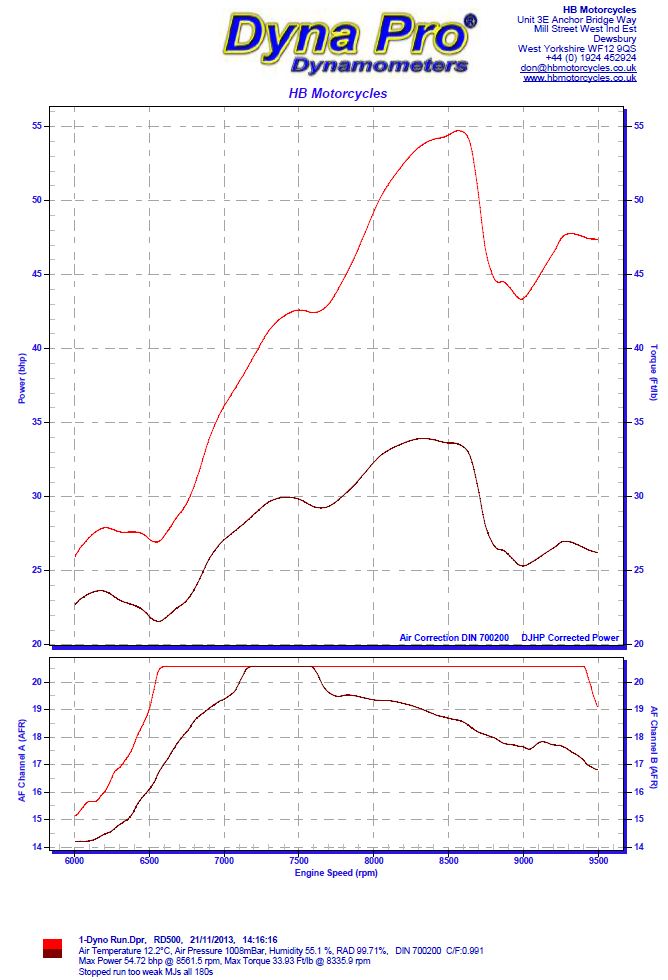 So, the first attempt was to increase main jet sizes from the original 180 to 240 all around. This, at least allowed a full power run without the danger of a seizure. Here is the result from that run. 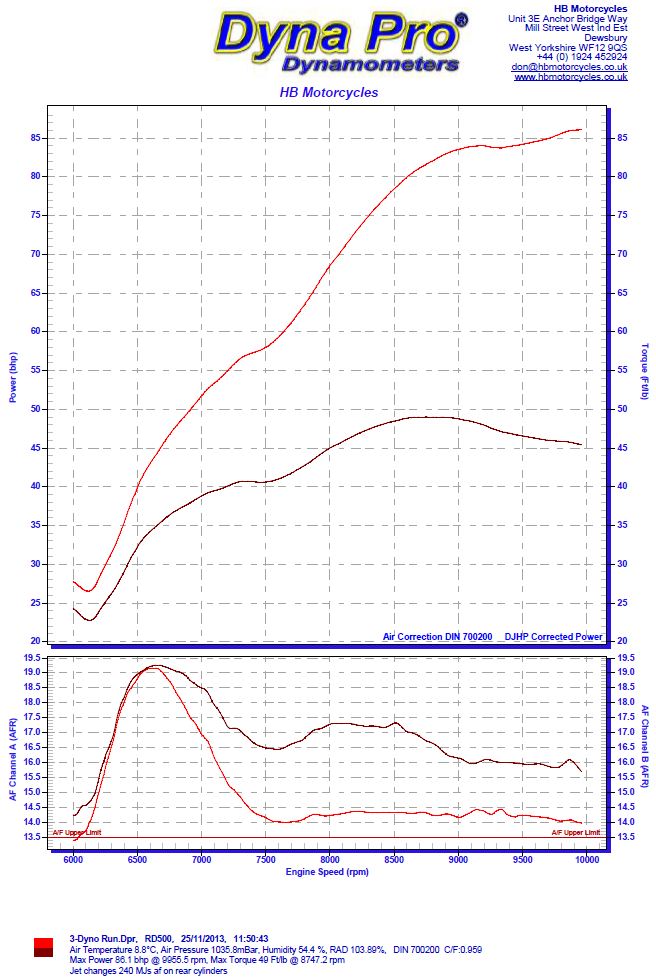 At the end of a full day of trial an error, we ended up with main jet sizes of 280 on the rear cylinders and 290 on the front cylinders, along with a few other adjustments. The final result is a vast improvement over the initial setup, and peak power wise about what we'd expect from RD500 motor, even though this one has a "big bore" kit fitted. One of the tasks will be to look at the expansion chambers and through computer simulation determine if it would benefit from new exhausts. It would be nice to get it nearer 100 bhp.

Here are the results of the final run and a comparison of the three runs shown here. 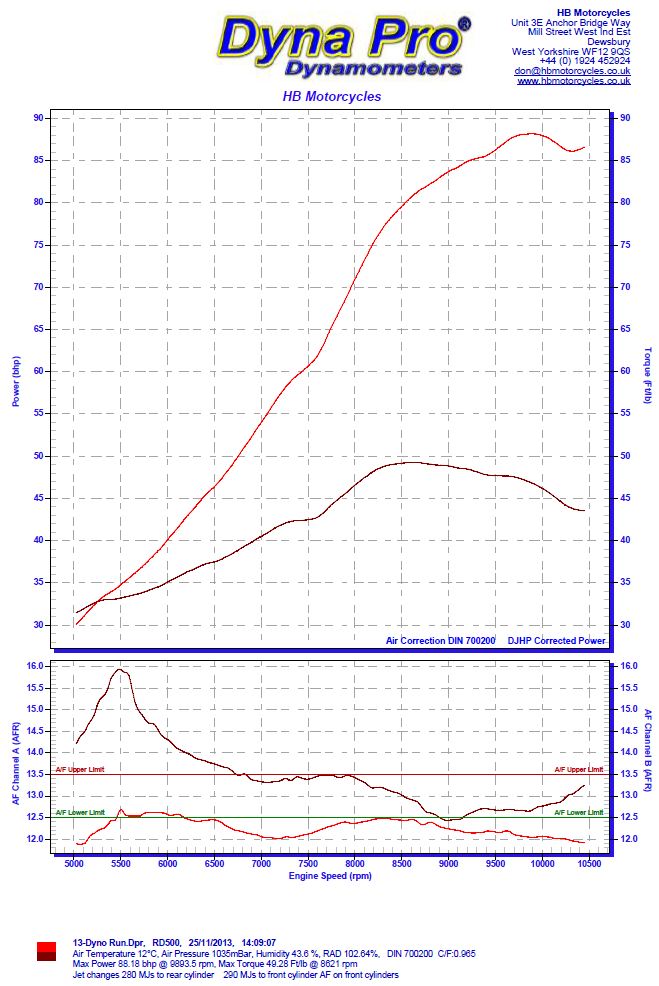 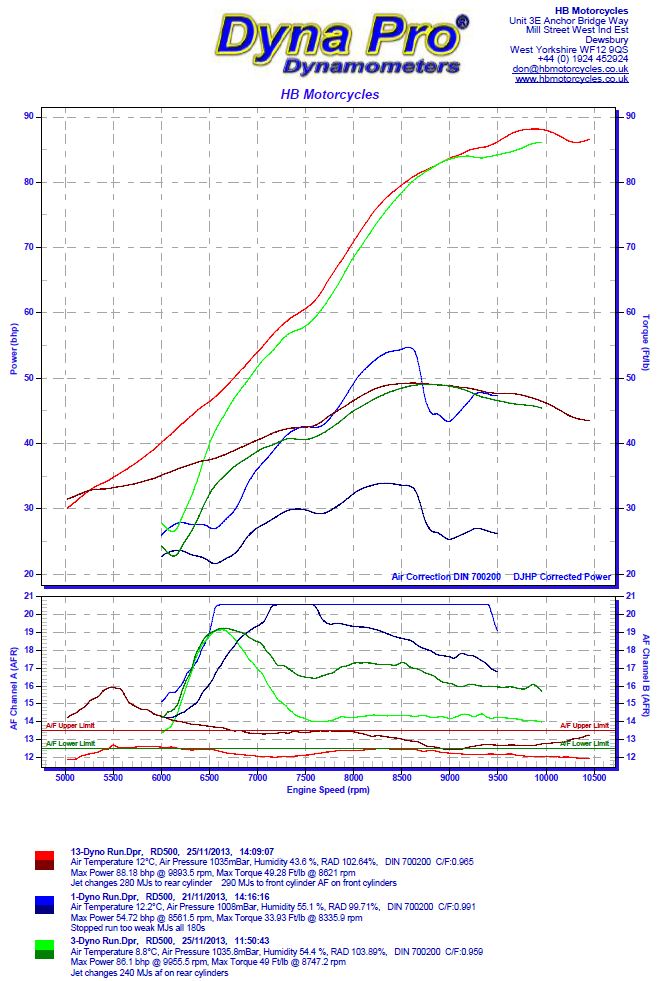