With the engine having been adequately dialed in for now, it was time to see how it rode. Our customer came to visit us to get a first hand impression on how the bike currently rides. We had a brief ride ourselves as well and we agreed with the customer that it needed just a bit more work to get it to even an acceptable level. One of the goals our customer has, is to ride it around the Isle of Man at this year's TT. Although not as part of a race, the bike still needs to instill confidence before a run around the island.

The assessment currently is that it spins the rear tyre everywhere meaning it has a significant lack of rear wheel traction. Considering it "only" has 90 bhp, this points to a weight transfer problem, i.e. not enough weight being transferred to the rear wheel under acceleration. The extreme progression on the rear suspension and limited travel doesn't help matters.

In addition, the riding position is not ideal even for a race bike. The reach to the bars is too long and the seat height to clip-on height makes it worse. Lastly, the front brakes feel like someones put some wooden pads in, although this is probably just a pad and/or master cylinder ratio issue.

After a bit of measuring and computer analysis, things became clearer. The weight transfer issue is mainly the result of the engine being mounted too far forward. The picture below shows just how far the front sprocket is from the swinging arm pivot. This is also the main cause of the chain rubbing on top and bottom of the swinging arm. 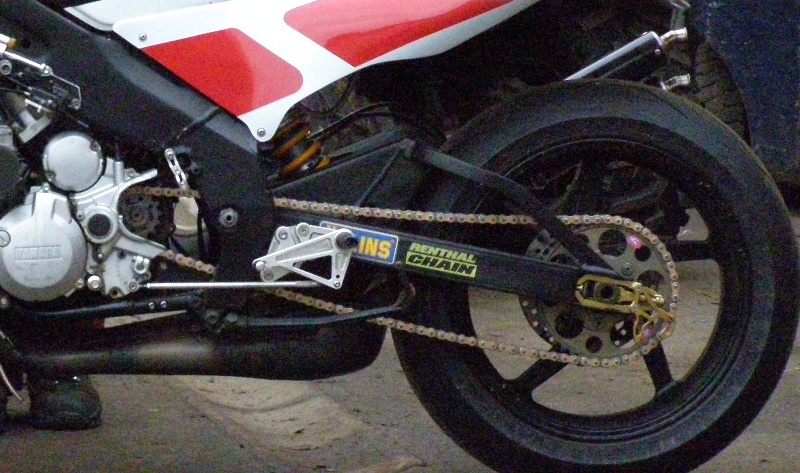 What makes things worse is the combination of the TZR250-3MA frame and the TZR250-3XV swinging arm, both of which are relatively long, results in a very long wheel base of 1455 mm. Not quite drag bike territory but not ideal for an agile bike with good traction out of corners.

So, we took a few more measurements and ran them through our chassis analysis software courtesy of the famous Tony Foale. We initially looked at the rear suspension wheel rate linearity and the anti-squat behaviour. Not surprisingly, based on our brief road test impressions, the rear suspension is progressive in the extreme. As you can see from the graph below, the rear suspension gets roughly twice as hard at about 2 1/2 inches, at about 3 inches it is pretty much solid. Compare that to the modern thinking in race bikes is that the rear suspension should be virtually linear, i.e. near zero progression. 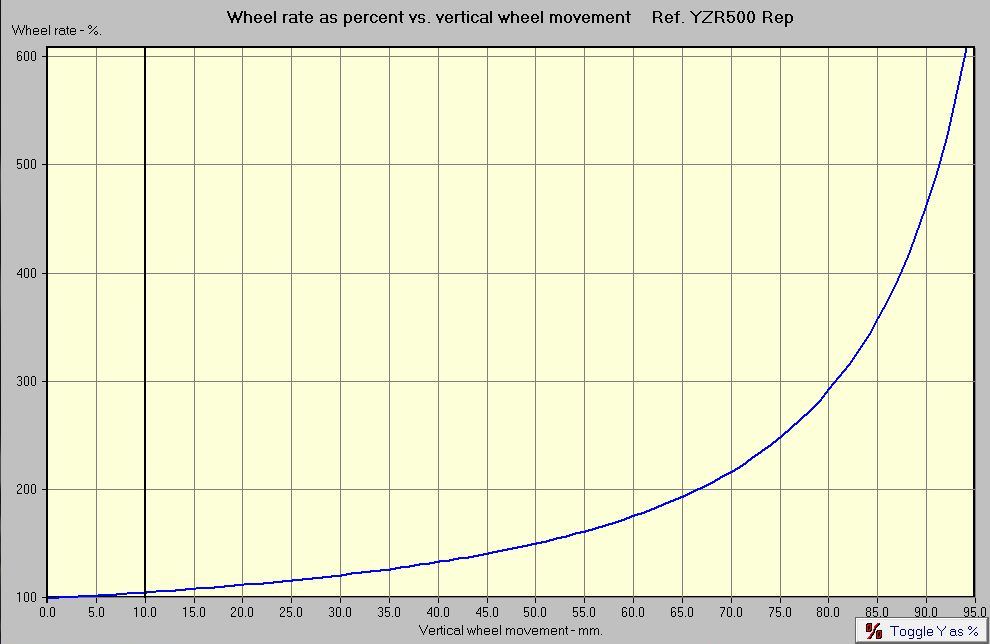 The anti-squat behaviour tells another story, although not to the same extreme degree as the rear wheel rate. It doesn't become pro-squat until about 3-4 inches of rear wheel travel. Of course, with the above progressiveness, you'll never get to pro-squat. The result is that the rear of the bike will actually lift under acceleration, which, of course, prevents weight transfer to rear to aid traction further. Hence, the bike just spins up everywhere. 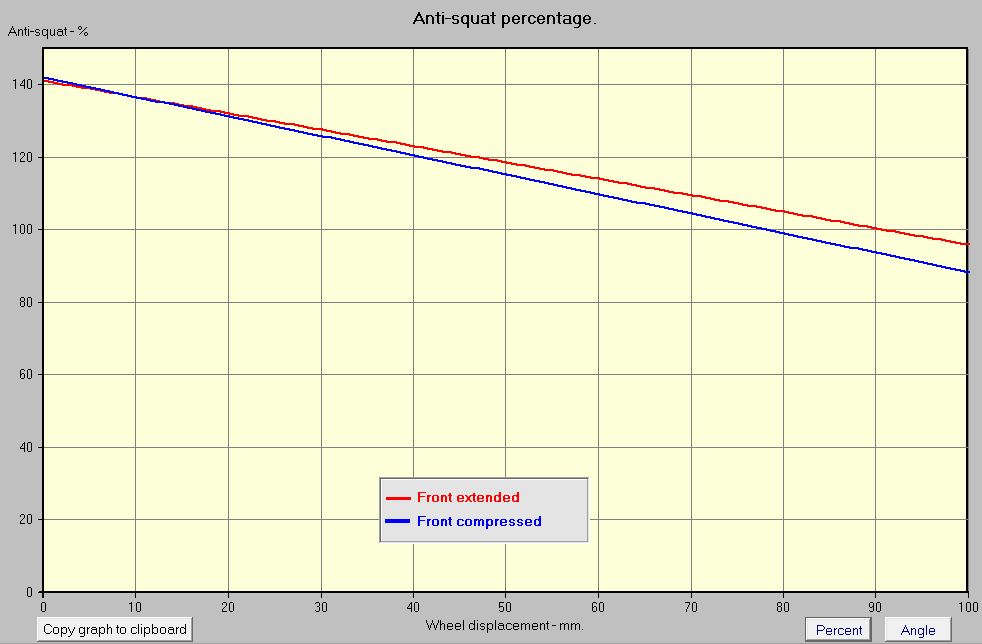 So, lots to consider. Obviously, the rear suspension geometry can be fixed with new linkages and revised mounting points (plenty of work). That still leaves the forward weight bias from the ill-positioned engine, and the resulting chain run problems. Can the engine be re-positioned to alleviate these issues? Hmm, not so sure...stay tuned!